It might seem a little too early to start thinking about 2020, but, let’s admit it, life is a blur from Thanksgiving until New Year’s.  As it can be real easy to primarily focus on the negativity around us, there are still lots of blessings that many of us can enjoy.  Here some of the few I am most thankful.  Hopefully you are too!

November 8, 2016 was a watermark moment for the United States & the world.  It was a 21st-century “Dewey Defeats Truman” moment.  While some polls had predicted a Trump victory, most everybody thought he would lose.  I was part of the second group.

Whether you are disappointed, pleased, or hesitant about the election results, we all have one thing to be thankful for.  Peace.  Yes, there have been protests & violence from both sides of the political aisle, but, we are not experiencing civil war or coups that are all too common to other parts of the world.  This period in history is still a Pax Americana.

I would be lying if I said I wasn’t anxious about the next four years, regardless of who is sleeping in the White House. There are some large economic issues that need to be resolved like Social Security reform, healthcare/Medicare, the national deficit…  But, more people are still trying to enter our country than leave it & stability is one of the primary reasons.

This parallels the previous thankful blessing, particularly in the Western world, because freedom can be a relative term.  Women in the Western world have the right to vote, drive, and the choice to marry whom they please.  We all enjoy the freedoms of speech, religion, assembly.

Freedom also extends to all of us and our jobs.  Slavery was abolished with the conclusion of the U.S. Civil War in 1865.  We are free to pursue any occupation we desire and earn a college degree in nearly any subject.  This means success or failure, riches or rags, and fame or anonymity or within the reach of every person’s fingertips more than ever before in history.

Sadly, slavery still exists all over the globe at this moment.  Slavery is more prevalent today than in the history of the world as it is an estimated $32 billion industry that involves 27 million males and females of all ages.  It’s sad & disgusting.  I was ignorant of this fact until two or three years ago, but, sex trafficking is a very real problem and nearly as prevalent as drug trafficking.

One way we try to help put an end to it is with the Slave-Free Christmas Challenge.  There are many fair trade organizations that sell the goods from women and children that have escaped human slavery.  In addition to Christmas, we also try to purchase from social-minded stores for birthday gifts as well.  If you are going to be spending the same amount of money for a gift, do you want the money to line the pockets of a corporation or help somebody in need?  We try to do the latter option as much as possible.

This blessing goes beyond no longer having an outhouse in the backyard.  Most of us wouldn’t know what to do without clean running water on demand to drink directly from our faucet (although I recommend drinking filtered water for additional health benefits) or the opportunity to take a hot shower each day.

Modern plumbing has made our lives easier and has helped eliminate diseases and parasites that were common in America even at the beginning of the 20th century.  Visit almost any other nation in the world and you need to ensure that you drink from a purified bottle to avoid getting sick.

America has been blessed as we do not spend a significant portion of our take-home pay on food.  Many impoverished nations spend nearly half of their income on food.

We also have a wide variety of food.  I didn’t realize this blessing until we talked with some family friends that run a mission in Africa.  One of the African workers came stateside and was flabbergasted to see a cookbook.  They primarily eat the same few foods all year long.

We have access to American, Mexican, Chinese, Indian, Thai, Korean, French, Mediterranean, etc.  We can import tropical fruit all year round when the local growing season is finished.  The wide variety of food means we can satisfy nearly any food craving we have 24/7.  Plus, we have the option to eat healthy and organic food as well.

Whether you drive, fly, or cruise, it is possible to travel almost anywhere in the world within a day or two.  We can drive coast to coast (a radical concept 100 short years ago) or can be in Western Europe in 8 hours.  It has never been so easy to see the world.

Plus, using a travel rewards credit card can also make paying for vacation more feasible than before.

Living in America means we are part of the global 1%.  Our biggest daily dilemmas are deciding whether to repaint a wall white or brown.  I’m being a little bit sarcastic there, but, most of our worries are trivial.  We live better than most kings have, even if we are only “middle class.”

I will say that I do think this blessing has become an idol of sorts to many (including me) and we squander it on ourselves.  Just look at the high amounts of consumer debt.  One way my wife & I try to pass on this blessing is through charitable giving.

One final blessing is the opportunity to dream.  The United States has been called the “Land of Opportunity” as many people have come here for a fresh start.  It is one reason we have a robust economy and a lot of innovation.  Just as Ronald Reagan said that “Freedom is never more than one generation away from extinction,” I believe the same for the opportunity to dream.

Economic and social mobility are the primary incentives to dream about the future.  We have the opportunity to shape and write our futures.  It’s one reason I quit my job last year to spend more time with my family, why Elvis Presley sang “If I Can Dream”, the Everly Brothers sang “All I have to do is dream”,  and Martin Luther King Jr.’s most famous speech is titled “I Have a Dream.”

As humans, we always want to believe the future is going to be better.  When a society or person loses their desire to dream, bad things are soon to follow.

There are many more blessings.  Occasionally my wife and I will make a list of one or two different things we are thankful for.  I can tell you the list would be countless if you actually sat and started counting every little thing, including the sun rising each morning.

I encourage you to think about what you are most thankful for in the coming year. 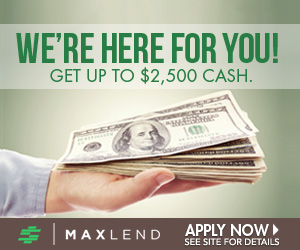